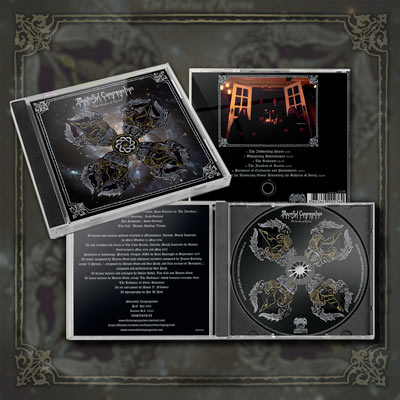 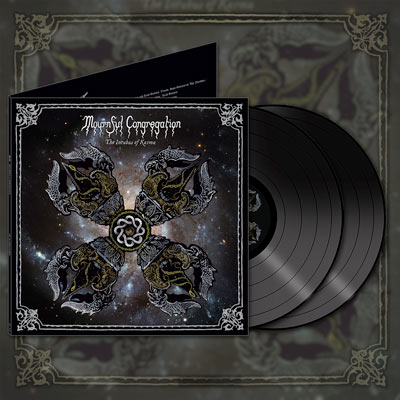 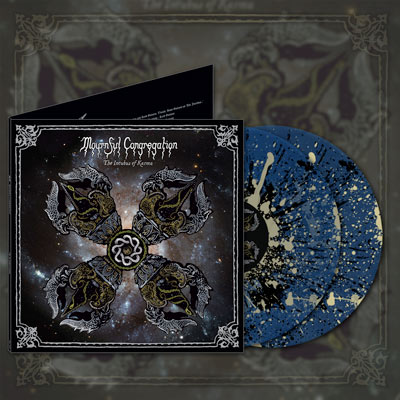 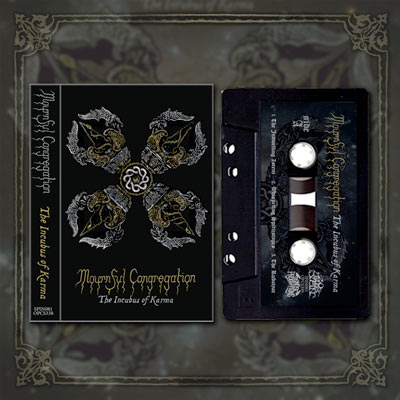 1. The Indwelling Ascent / 2. Whispering Spiritscapes / 3. The Rubaiyat / 4. The Incubus of Karma / 5. Scripture of Exaltation and Punishment / 6. A Picture of the Devouring Gloom Devouring the Spheres of Being

More than 6 years have passed since the release of ‘The Book Of Kings’, the regal 4th full length album from Australia’s stone pillar of funereal dirge, Mournful Congregation. Since that time the band made several trips to the U.S. and Europe, and released a mini-album ‘Concrescence Of The Sophia’, increasing their reputation as the pinnacle of Extreme / Funeral Doom and one of the most influential bands in the entire genre.
Throughout these intervening years Mournful Congregation set to the task of meticulously crafting a new masterpiece, now presented in the form of the crown jewel titled ‘The Incubus Of Karma’. Everything that has made Mournful Congregation the unchallenged masters of this style since ‘The Monad Of Creation’, is here. The agonizing weight of Extreme Doom riffs, bitterly sombre dissonance, a painterly attention to detail and arrangement and the vocals summoned from the deepest hole. And as with each album before, the band expands upon their unique progressive tendencies, weaving beautifully constructed solos and lengthy virtuoso interludes into a bleak yet intricate tapestry of stately grandeur.
An incredible 25 years into their existence, Mournful Congregation persist in refining and perfecting their immortal art on ‘The Incubus Of Karma’. Reaching innovative new heights, within the bounds they have created for themselves, the bounds in which a multitude of newer bands now draw from like a wellspring, Mournful Congregation cast a giant shadow, steadfastly towering over the landscape like a monolithic obelisk.