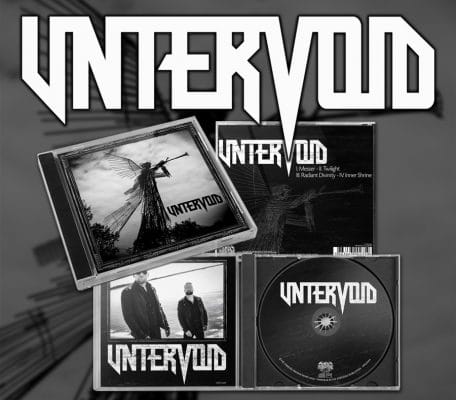 Untervoid officially took form during summer of 2015, after Destroyer (Kriegsmaschine, ex-Hate) and A.(Armageddon, ex-Lost Soul, Azarath-live) finally decided to work together and started to create music, without any compromises. It took almost a year to find a proper formula and prepare several songs.

Four of them have been selected and recorded in various locations including Sound Division and No Solace studios. After final mix and mastering at Satanic Audio in 2017, the debut mini album is ready.

Visit the BAND PAGE for more information about UNTERVOID