Some morning in Summer of 1996 BJÖRN was sitting at restaurant ROSKAPANKKI in Kallio, Helsinki with Mr. Jukka Suksi, the guitar-playing guru from THE FLAMING SIDEBURNS. They had enjoyed a hard day’s night in Kallio with some other members from The Flaming Sideburns as well as members from the eternally wonderful THEE ULTRA BIMBOOS.
Björn had played a show the night before with GANDALF at legendary Tavastia Club for a Finnish beverages company called KOFF (send us more free beer, wankers!), so the beer was surely flowing on behalf of the major Finnish brewery.
After Tavastia Björn had ran into the aforementioned rockers at a now-defunct dive bar called ROCK CAFÉ MAESTRO (rip) with whom he ended up after all bars had closed in the city at a rowdy apartment in Kallio Rock City.
And you might now – or hopefully not – how these mornings are after some maraton drinking shite session: you just need to follow it up somewhere to keep the madness going – or keep the demons away from crawling under your skin.
It was one such night.
And then at Roskapankki Björn got this sudden urge to play some good old D-beat hardcore metal punk rock.

So what can one do when an urge like this occurs?
Of course to call MD-STUDIO in Munkkiniemi to reserve time to record some shit with legendary Finnish producer HIILI HIILESMAA, most notably known for his work with The 69 Eyes, Apocalyptica, HIM, Lordi, Moonspell and Sentenced among others. What a great idea! Let’ s have another beer!
One problem though: there’s no members in the band! And no songs! But why let minor hiccups such as these to hinder Björn from booking a few days of studio time a few weeks ahead. What a great idea! Let us have another beer!
On the spot Björn decides to call a few old friends of his who he thought could pull this off: namely GAS (also known from Kyyria, HIM, Valvontakomissio, Hallatar and Ääritila among others), JARI (Gandalf, The Scourger, Demonztrator) and PALE (Hybrid Children, Divine Decay, Alaska Evil). So after a few beers at Roskapankki Björn had a band! Let’s drink another!

The name DROPZONE came from some American action movie full of clichés. Well, screw the film, but the name felt good for a band. Cheers for that! Dropzone has one or two rehearsals where these songs about to be recorded are born before going into studio.

So sometime in late Summer or early Autumn of 1996 Dropzone enters MD-studio to record these eight songs in this recording in eight hours. As fate would have it the band got to use only 5,5 hours of those as Gas was late (as always back then, dunno about today) – or was it because the band had to do two trips to their rehearsal place instead of one to fit all their equipment in Gas’ tiny red VW Golf. Normally the studio sessions at MD-studio would take place in two continuous days, but this time they had some other bookings so the band had to postpone their work for next week. That was a relief because that would give the band more time to write lyrics – or drink more beer.
What comes to mind first and foremost from this session is the word ”JALKA”, which means foot. Because the cymbal stands wouldn’t take such hard beating of the cymbals, the rest of the band had to hold the stands on the floor and the only way they could manage that would be standing on the cymbal legs with their feet.
So the songs on “Rape Killing Murder” were recorded straight live on tape, except for the lead guitars and vocal overdubs. It’s straight no frills metal-influenced hardcore punk rock in the vein of DISCHARGE, THE EXPLOITED, VARUKERS, G.B.H., RIISTETYT and ANTI CIMEX as well as other punk-influenced musically violent acts such as SLAYER, ENTOMBED, CARNAGE and WOLFPACK.

Some copies of this recording were sent out to various magazines in late 1996, it getting some rave reviews and some other interesting offers, but as the band consists of a lazy and whimsical cunt such as Björn, nothing else really happened after the recording but a tv-recording of the song Enslaved Forever as well as a gig at a now-defunct night club Teatro later on in the evening.
This recording would probably have never seen the light of day officially if it hadn’t been for Pale, who in other matters provided Herve at Osmose Productions a link to Dropzone’s Soundcloud page urging his old label boss with Divine Decay to check it out.

In just a matter of days – if not hours – Pale got some truly extatic messages from France — let’s release Rape Killing Murder on physical vinyl and cd!
So here we are, DROPZONE, soon releasing a recording made already 21 years ago – finally. But as they say, better late than never…
There have been talks about doing new songs and also gigging with the official release of Rape Killing Murder happening, but so far nothing has been put into fruition just yet.

Only that it won’t take another 21 years from now to see that eventually happening. This is just the calm before the storm…

PS: Dropzone takes no responsibility of any harm that might occur to your stereo system with Rape Killing Murder! 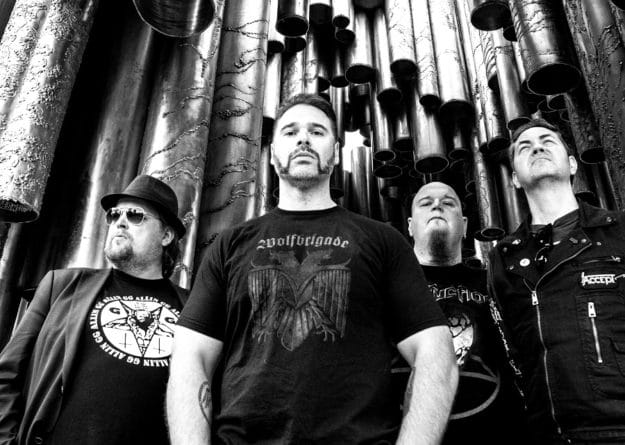 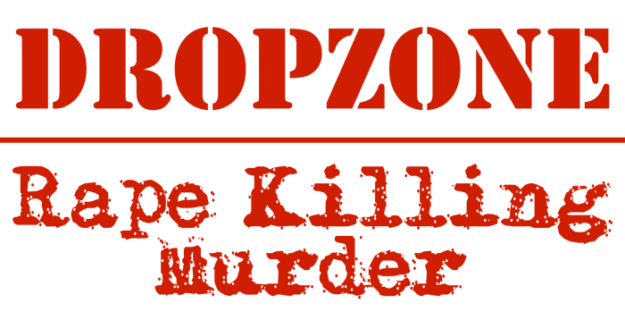