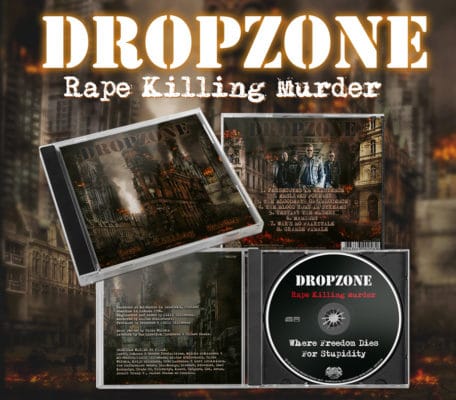 So here we are, DROPZONE, soon releasing a recording made already 21 years ago – finally. But as they say, better late than never… There have been talks about doing new songs and also gigging with the official release of Rape Killing Murder happening, but so far nothing has been put into fruition just yet.

Only that it won’t take another 21 years from now to see that eventually happening. This is just the calm before the storm…

PS: Dropzone takes no responsibility of any harm that might occur to your stereo system with Rape Killing Murder!