Osmose Productions is very proud to announce the signature of SACRIFIZER!

Since 2017, Sacrifizer has been keeping alive the burning flame of a speed, uncompromised and genuine heavy metal. We do not claim being original, we just want to dive into the fountain of power that flew 20 years ago and lost its power.

We are devoted to the sword of Lucifer, hope that our music feels like a knife stab right into the heart, agonizing, and ready for a death ride, also, we are proud to join forces with Osmose productions looking forward to a burning future…

Osmose Productions is very proud to announce the signature of KROLOK.

Krolok arose in 2011 out of a desire to create black metal the traditional way it was done in the 90s, rather than following any current trends.

First active signs of life have been shown two years later on a split with fellow Slovakian black metal act Temnohor, followed by a few demo and EP releases.

2017 finally saw the coming of the debut full-length Flying Above Ancient Ruins which soon gained the band a success within the international underground scene with its delightfully old-fashioned, yet fresh sounding songs.

With extremely sporadic live appearances and a deliberate pace of composing, Krolok values quality over quantity which was eventually recognized by the legendary Osmose Productions label signing a contract with the band in 2020 for future collaboration.

I perceive Osmose as a respected label, whose releases were very crucial for the black metal scene in the early 90’s.  Therefore Herve’s offer really surprised me and for Krolok it’s the beginning of a new episode …

Here is a revamp/fan rebranding of our logo! Nice work, Viral Designs!!!

Osmose Productions is very proud to announce the signature of MINENWERFER 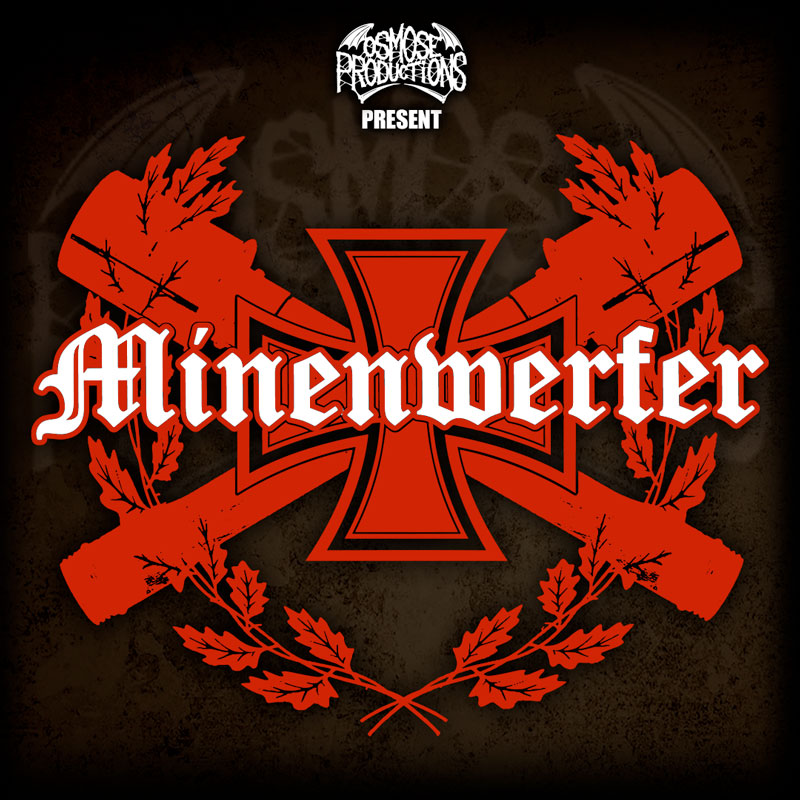 Minenwerfer formed in the winter of 2007 with the intention of bringing to life the grotesque Great War trenches, battles of valour, and authentic military history in the form of rapid fire machine gun black metal.
Like a finely tuned panzer, Minenwerfer will continue belching forth odes of honor and remembrance to the fallen soldiers of The Great War into the 2020s.