SHINING and REVENGE on US tour!! 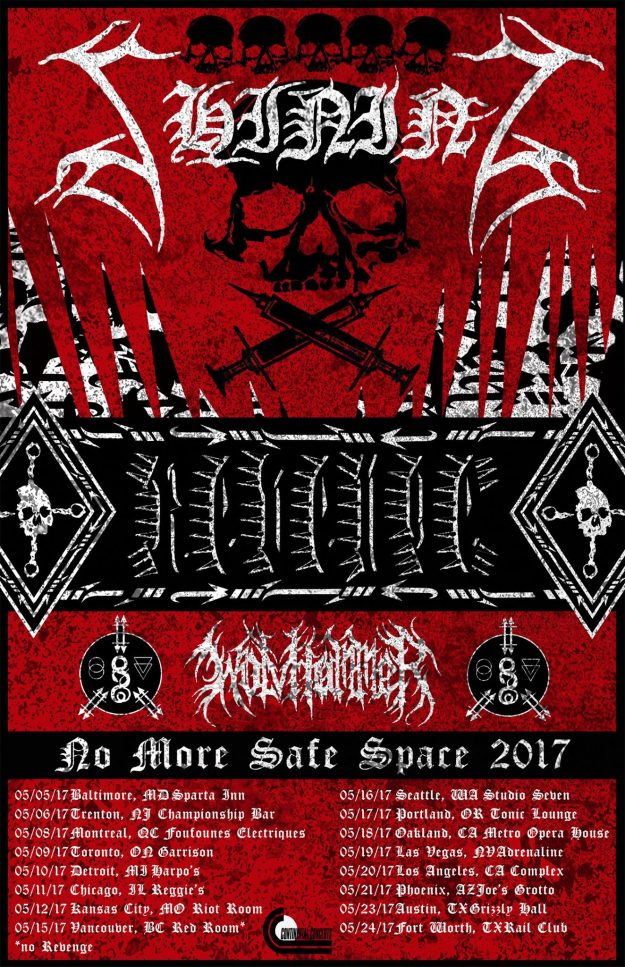 Canadian chaos extremists REVENGE and controversial Swedish metal band SHINING and have announced a North American tour. The “No More Safe Space” tour begins on May 5 in Baltimore.Confirmed tour dates are below, with more to be announced soon.

REVENGE’ and SHINING s first tour since their appearance on 2015’s epic ‘Black Metal Warfare’ tour. They will be joined by Wolvhammer on all dates.